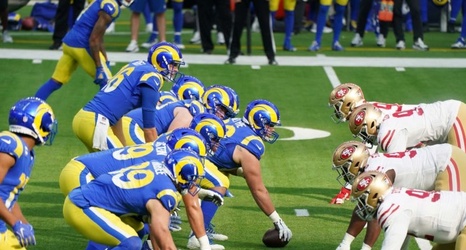 The LA Rams will only go as far as their running game, and the running game will only go as far as their offensive line. No, that’s not some wildly concocted mantra, but has simply been a fair summary of the LA Rams offense so far under head coach Sean McVay. The LA Rams offense faltered in 2019 due in large part to an offensive line that struggled at the point of attack, became riddled with injuries, and finally became content to simply start the same five players in consecutive weeks.