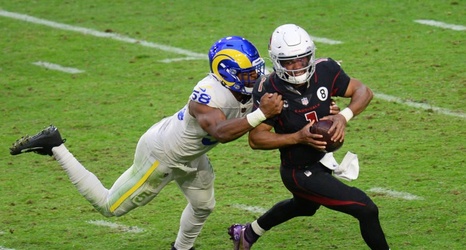 The Rams ended their search as the Denver Broncos released ILB/OLB Justin Hollins.