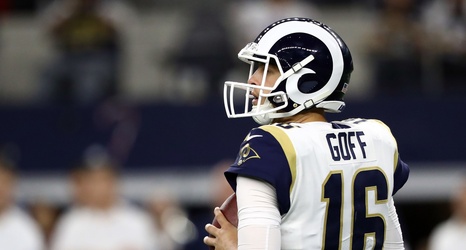 The LA Rams struggled noticeably on offense in 2019, perhaps the first time in young quarterback Jared Goff‘s four season career when that has happened. Isn’t that something? Rams quarterback Jared Goff is just now entering his fifth season, and he’s already a seasoned veteran quarterback with plenty of NFL playoff experience. He’s even played in the Super Bowl.

So it’s very easy to fail to look behind all that bravado and resume fodder and see Goff for who he truly was in 2019. A young NFL quarterback on an island. Running an NFL offense where it all fell upon him to make things happen.