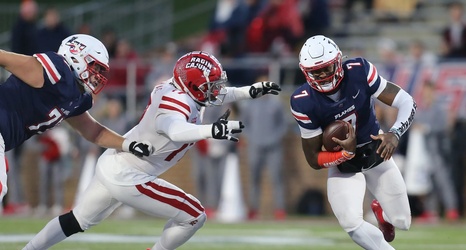 For the Los Angeles Rams, any plans to fill the hole at edge left by the off season departure of Von Miller, have went unexecuted. Looking at the current roster, LA has only four edges on contract, Leonard Floyd, Justin Hollins, Terrell Lewis, and Chris Garrett.

Floyd, Hollins, and Lewis were all acquired under Rams former defensive coordinator Brandon Staley and fit his preference for long, tall athletic edges. Garrett was drafted under Raheem Morris and is more of a speed player who turns that speed to power with violent hand work. LA will have to add at least four edge defenders for training camp, so the first question is, “What type of edge are the Rams looking for?