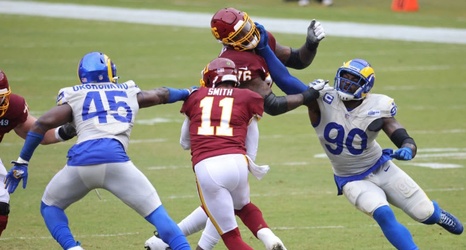 The LA Rams are starting to feel the effects of their football season now. After five games, players are beginning to show the effect of the gradual wear and tear on their bodies. Rookie safety Jordan Fuller has already aggravated his shoulder injury. Now, the impressive start to a new football season for outside linebacker Ogbonnia Okoronkwo had been halted temporarily due to an untimely elbow injury. “Obo” is headed for elbow surgery