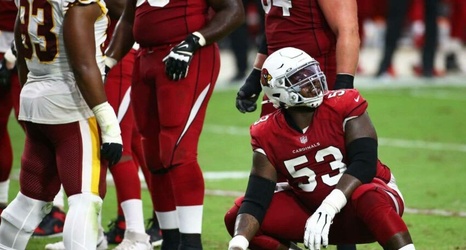 Are the LA Rams having second thoughts about the status of the offensive line? Well, maybe. And maybe not. You see, the Rams are fairly well known for scanning waiver wires constantly, seeking to help the team through the addition of another team’s subtraction. That subtraction happened just two days ago when the Arizona Cardinals announced the unexpected release of offensive lineman Lamon Gaillard.

Gaillard was selected by the Cardinals in the sixth round of the 2019 NFL Draft. While he was a practice squad player for the team that year, he earned a spot on the 53-man roster in 2020.