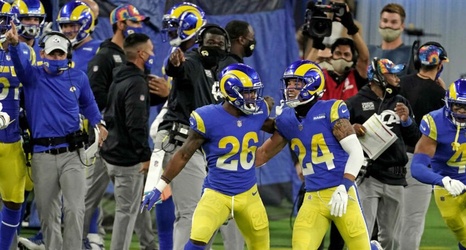 The LA Rams secondary may be in a state of transition, but the future remains bright. Even as analysts pour over the impact of losing both safety John Johnson III and cornerback Troy Hill, the Rams had already anticipated the losses with skillful selection in the 2020 NFL Draft. In fact, even the LA Rams were pleasantly surprised when the Rams discovered a true NFL starting defensive back when the team drafted former Ohio State Jordan Fuller with the 199th pick (round six).

The LA Rams have faced the loss of a veteran safety before.