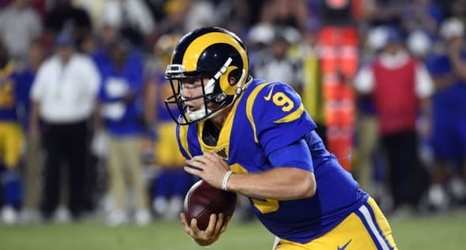 The LA Rams have pocket QB Jared Goff as the starter for the foreseeable future. He is a traditional upright-in-the-pocket quarterback who is not exactly immobile, but he won’t beat you with his legs. He is, however, working on improving his footwork to help him avoid a determined pass rush. His presumed backup is former Wake Forest quarterback John Wolford.