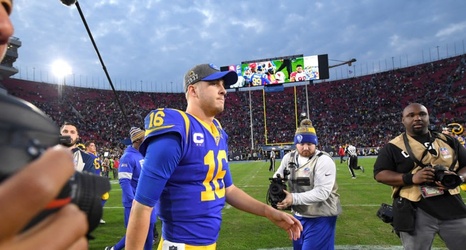 If the LA Rams move on from Jared Goff, here are 5 possible replacements

In the 2016 NFL Draft, the LA Rams traded with the Tenessee Titans for their first pick. Bu giving up a bundle, the Rams were able to make Jared Goff the first overall selection of the NFL Draft. A mere two seasons later, Goff led the Rams to a Super Bowl appearance for the 2018 season. Last September, the Rams gave him a huge contract lasting until March 2025.

Some ask whether Goff will be able to deliver on the field to justify his big salary.