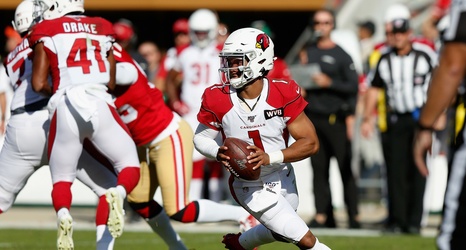 Entering Week 12, the Los Angeles Rams knew they were going to have their hands full trying to keep Lamar Jackson in check, but no one expected the defense to look as bad as they did.

And even though rookie Kyler Murray is nowhere near the same level as Jackson since the Ravens quarterback is the current MVP frontrunner for a reason, the Oklahoma product could still cause plenty of problems for the Rams’ defense on Sunday.

Last spring, the Cardinals knew they were taking a risk moving on from Josh Rosen after only one season to pave the way for Murray, but it’s only taken a few months for Arizona to realize this was the best decision they could have made.