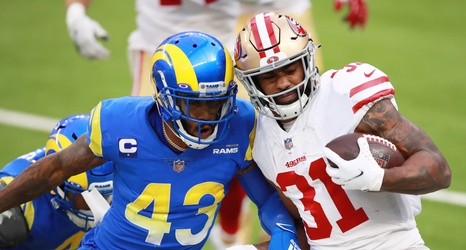 Rams safety John Johnson has maintained a high level of play throughout his career and other than 2019, has not missed any games with injury. Johnson, who turns 25 on Saturday, leads the LA defense with 88 tackles (20 more than Troy Hill in second place) and he’s added eight passes defensed; as of Week 15, Johnson has not been blamed for any touchdowns allowed so far this season.

A third round pick out of BC in 2017, Johnson will be a free agent in March.

The top-five safeties in average annual salary all make between $14 million and $14.