It would make sense for Falcons, Texans to monitor Rams coordinators for job openings 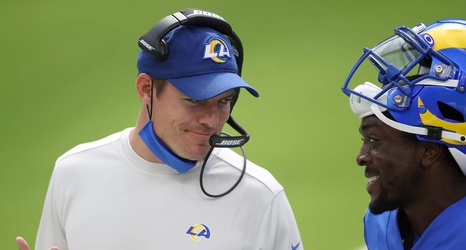 Call it radical, irresponsible and unprecedented, but what if the 2016 Atlanta Falcons had fired Dan Quinn after the 28-3 Super Bowl collapse and promoted offensive coordinator Kyle Shanahan — the coach getting most of the credit for their success that season and Matt Ryan’s MVP award — instead? Shanahan was already committed to leaving the Falcons for the San Francisco 49ers, but the results since 2017 speak for themselves.