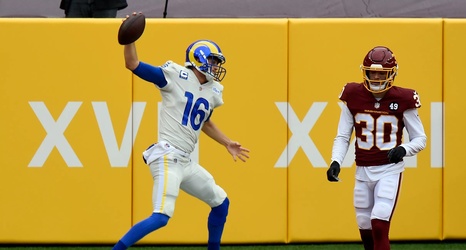 After a rather slow first quarter where each team traded touchdowns, the Rams found a different gear in the final three quarters as they cruised to an overwhelming 30-10 victory over the Washington Football Team at FedEx Field.

Jared Goff was fairly efficient in this one as he completed 21 of his 30 passes for 309 yards with two scores and an interception while also adding a rushing score off of a bootleg.

Rookie Cam Akers led the team in rushing with 61 yards on nine carries, which was highlighted by a 46-yard end around in the fourth quarter.