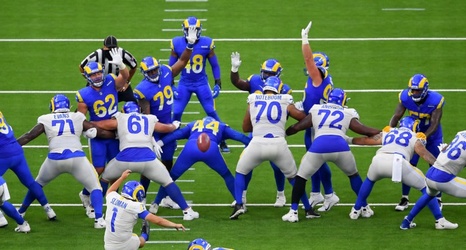 FanSided’s Stacking the Box podcast claims LA Rams are not a 2020 NFL playoff team. Ironically, the Rams will likely be better than last season’s 9-7 team.

The LA Rams are one of the most talented teams in the NFL. All-Pro Aaron Donal, Johnny Hekker, and Jalen Ramsey think so. So too do wide receivers Robert Woods and Cooper Kupp, both 1,000-yard receivers last year. Even tight end Tyler Higbee, who was the best receiver in the NFL for December 2019, thinks so. What dropped the Rams from a 13-3 NFC Championship team to a 9-7 team that missed the playoffs was the huge number of player injuries.