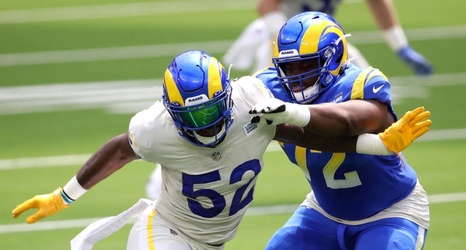 Expect LA Rams OLB Terrell Lewis to make most of the few LA Rams defensive snaps he will get.

The LA Rams have a new edge rusher to face Washington. His hame is Terrell Lewis. And this is a projection about the return of rookie outside linebacker Terrell Lewis. Some hope for a huge game from the untested rookie, I believe that may wait until week six. Right now, the Rams are rather successful at 3-1. Doing anything too differently disturbs the momentum. Rams won’t do that.

Think of a race where you are running as quickly as you can, In doing so, you cannot suddenly stop to change your shoes.