Every offensive coordinator that Matthew Stafford worked with for Lions 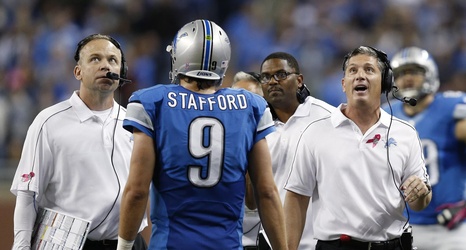 Sean McVay has never worked with a quarterback as good as Matthew Stafford. What offensive coordinators and head coaches has Stafford worked with prior to being traded to the LA Rams?

Rams fans don’t need a history lesson on Linehan but the brief story is that outside of some early-career time with Daunte Culpepper and Randy Moss, plus the 2016 Cowboys in the heart of their prime years of talent, he’s struggled to establish his teams as dangerously potent offenses.

The Lions were fourth in scoring in 2011 (Stafford, Calvin Johnson, Brandon Pettigrew, Nate Burleson) but the next year, Stafford threw an NFL-record 727 pass attempts, completed just under 60% of his attempts, and scored only 20 touchdowns with 17 interceptions.