Do Rams have an issue when it comes to Troy Reeder? 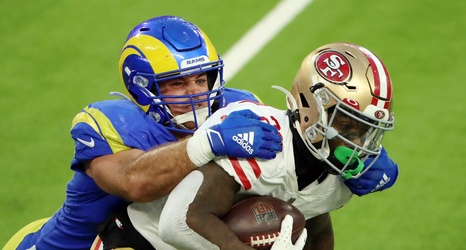 Troy Reeder has already come so much further than expectations, going from an undrafted free agent out of Delaware in 2019 to spending two seasons as a regular role player on the Los Angeles Rams. This is the top piece of bread on a compliment sandwich. Though I guess to be technically accurate, this is more of a problematic sandwich, since that is the content.

After the first game of the season, I noted that despite Micah Kiser finally making his debut on the LA Rams defense and making seven tackles, he was also credited with seven missed tackles and a touchdown allowed through the air.