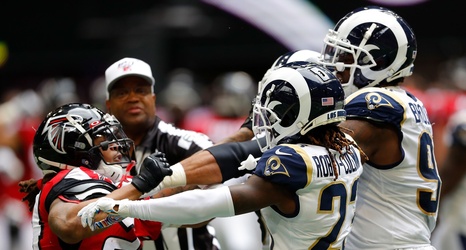 Over the years, the Los Angeles Rams have been fortunate enough to watch Aaron Donald develop into one of the top defenders across the NFL, and opponents tend to describe him as a nightmare to defend.

Take a look at last season for example when Donald found a way to set a career high with 20.5 sacks despite missing all of training camp along with preseason due to a holdout, and it shows just how talented of a defender the Pittsburgh product really is.

With that being said, Donald and the Rams found themselves on the verge of desperation mode heading into Week 7 by riding a three-game losing streak, which is why a matchup against the struggling Atlanta Falcons seemed perfect.