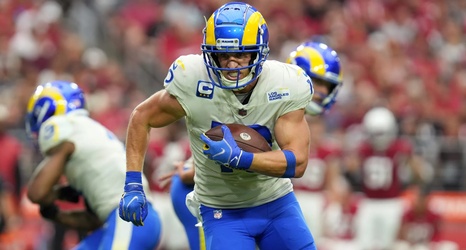 Last season Donald was double-teamed more often than edge rushers. According to 538, Donald was doubled on 64 percent of his pass-rush snaps. Teams still couldn’t stop Donald as his win rate against double-teams was still a league-best 23.1 percent.

Defenses have now taken a similar approach to Kupp.