Comparing Matthew Stafford’s weapons with Rams to the 2020 Lions 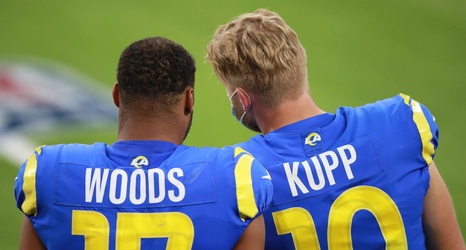 Matthew Stafford’s 13th season in the NFL will be his first away from the Detroit Lions. With the LA Rams, Stafford is now with a team that has been concentrating on upgrading its wide receivers unit year after year since Sean McVay’s arrival in 2017. Not that the Lions weren’t trying.

Detroit signed Golden Tate in 2014, then Marvin Jones in 2016, and in 2017, the Lions spent a third round pick on 24-year-old rookie receiver Kenny Golladay. When Tate and Jones suffered injuries in 2018, Golladay advanced into being Detroit’s number one receiver, prompting the team to trade Tate, then sign 34-year-old Danny Amendola in 2019.