C.J. Anderson is more than the Fat Back 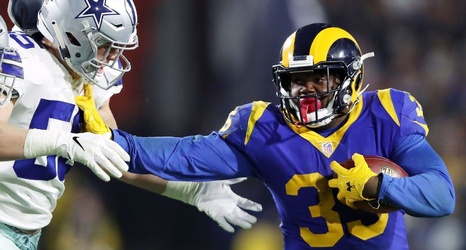 WHEN CORTRELLE JAVON Anderson begins to run, when he has his short and fat (his words, not mine) body headed toward the line of scrimmage, you'd be forgiven if you were momentarily alarmed by the idea that he intends to disappear. His shoulders hunch, his torso appears to retract, and his Doric thighs look like they're going to sink into the turf. He's listed at 5-foot-8 (maybe) and 225 pounds (please), so he's low to the ground to start, especially compared to everybody around him. With a football in his hands, he practically tunnels. If it ever becomes possible, and legal, to take a subterranean route down the field, bet on him being the first.