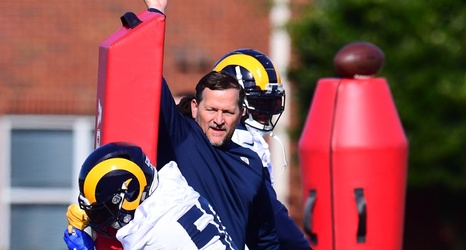 The LA Rams have been blessed with young talented position coaches. One position coach who has been such an up-and-comer that his name has appeared in the NFL Rumors news this year. He is Rams linebackers coach Joe Barry, and he is the talk of promotion to defensive coordinator. Of course, his namee has been mentioned as one of the projected candidates for the defensive coordinator role for the Rams.

But he has also interviewed with the University of Southern California for their defensive coordinator role. Now that the Rams have decided upon Denver Broncos OLB coach Brandon Staley, the question is now obvious.