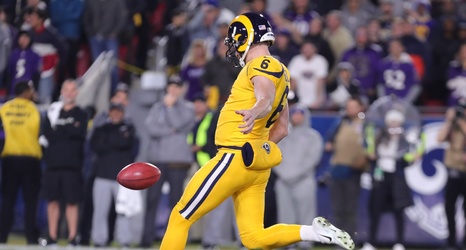 As LA Rams punter Johnny Hekker has done so often in the past, his 2019 season finished with him among the NFL’s top three punters in gross punting yards. But the Rams did not help Hekker out on punting coverage, as he fell to seventh in the league in net punting yardage. That was the first time Hekker’s teammates allowed his booming kicks to be returned well enough to drop his net below his gross in NFL ranking.

Punting is so incredibly undervalued in the eyes of fans of the NFL. The seven yards differential between the best punter to the worst in net punting among NFL rankings is 7.