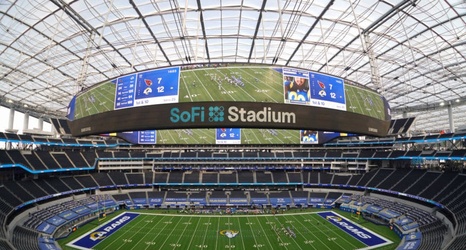 After four years of playing on the natural grass field of Los Angeles Memorial Coliseum, the LA Rams found themselves playing on synthetic turf at the new $5 billion SoFi Stadium in 2020. But the Rams were not alone, as they share with that other team that plays in LA, the LA Chargers.

I guess you could say the Rams secretly are hoping to invoke some magic from the past this year, by stepping back into the way-back machine. Perhaps the plan is to re-kindle a time when the team was known as the “greatest show on turf,” as the St.