BattleHawks put up a fight but fall short in Houston 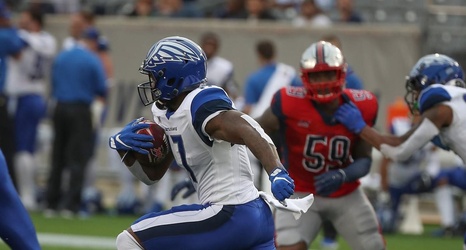 At times, the St. Louis BattleHawks dominated Sunday in their XFL game in Houston against the Roughnecks.

But mistakes — namely a pair of interceptions that led to a touchdown in each half for the home team — proved to be the difference as the Roughnecks came away with a 28-24 win at TDECU Stadium.

Hayes continued: “It was a good game, a close game. We didn’t execute to our very best. We damn near won every statistical category except points.