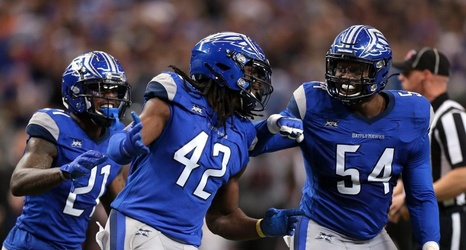 Dewayne Hendrix’s foray in the XFL lasted five games, but it accomplished its mission.

It landed the 2014 O'Fallon Township High graduate back in the NFL.

A 6-foot-4 and 269-pound defensive end for the Battlehawks, Hendrix was one of three XFL players to sign one-year contracts Monday morning with the Pittsburgh Steelers. The Steelers have signed five former XFL players since the new league canceled its inaugural season March 20 due to the coronavirus pandemic.

It’ll be familiar territory for Hendrix, who was a highly touted college prospect. Hendrix signed with the University of Tennessee as a senior at O'Fallon but spent just one season with the Volunteers.