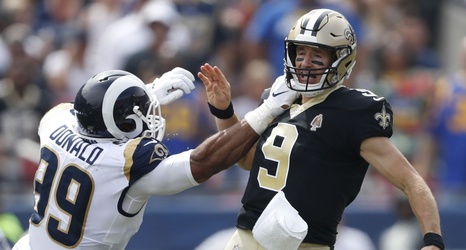 After setting a new career high 20.5 sacks during the 2018 season, all eyes were on Los Angeles Rams star Aaron Donald entering September to see what the two-time Defensive Player of the Year would do for an encore.

For the first time since 2016, Donald was actually present for the Rams throughout training camp and preseason instead of holding out for a new contract.

Rightfully so, Donald was unhappy with his previous contract situation before agreeing to a whopping six-year extension prior to the start of last season to make sure he would be around for the long run.