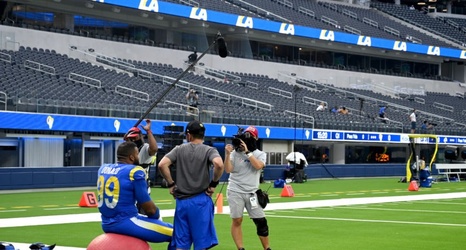 The LA Rams training camp is drawing to a close, as is the HBO Hard Knocks: LA 2020 series of featuring both the LA Chargers and the LA Rams. The fourth episode of the series aired at 7:00 pm PT on Tuesday, September 1, 2020. and featured both teams’ efforts to identify their 53-man roster and players who would benefit from developing further on their practice squad.

Of course, this episode featured the reactions of both the LA Chargers and the LA Rams to recent killings of black people in the US at the hands of law enforcement.