21 years ago: When Trent Green went down, it was time to rally around the Iowa Barnstormer 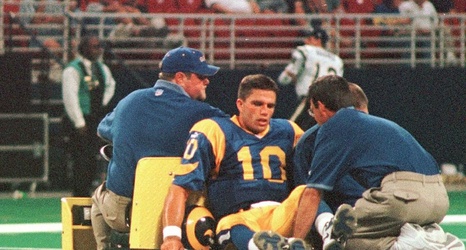 "It hurts," DV said. Life with the Rams is painful. Anything that can go wrong usually does. Perhaps the curse started with the drowning death of owner Carroll Rosenbloom in 1979.