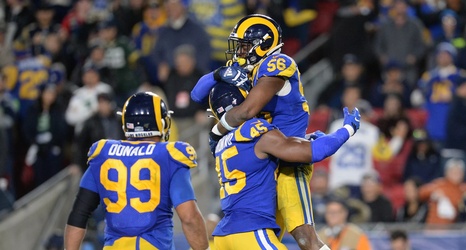 Sean McVay’s high-powered offense got off to a slow start this season, a really slow start. It wasn’t until Week 13 that Jared Goff and the Rams appeared to find consistent momentum and rediscovered All-Pro running back Todd Gurley II. Outside of two massive letdowns against the Bucs and Ravens, the Rams’ defense has proved to be formidable. The Week 7 addition of cornerback Jalen Ramsey has allowed the secondary to play more man coverage, which has enabled the front seven to get after the quarterback.