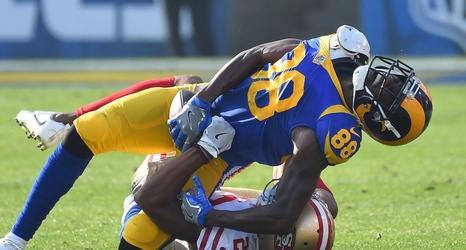 Last year’s roster preview on Los Angeles Rams WR Mike Thomas from our own Brandon Bate can pretty much apply to this year’s preview of the fourth-year wide reciever.

He still faces an uphill battle.

He still has to compete for playing time in an oversaturated position which just saw the return of white-blonde phenom WR Cooper Kupp.

He still has to battle newcomers.

With a new challenge to deal with this year in returning from injury, it’s most likely going to be Thomas’ last camp in Los Angeles.