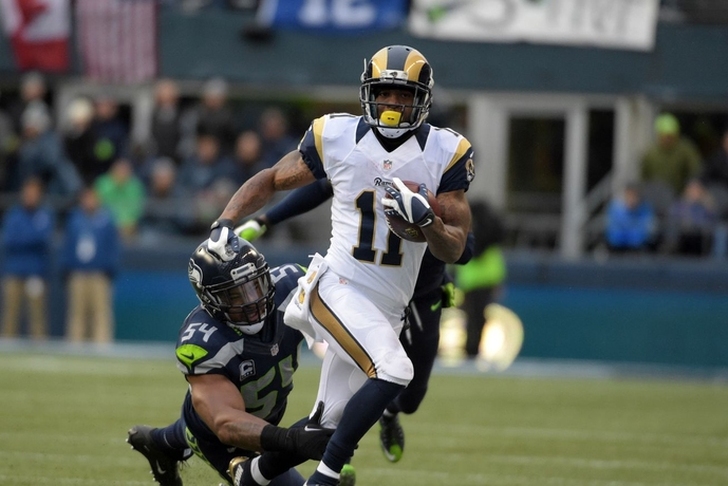 #Rams extension with WR Tavon Austin is for 4 years and worth $42 million with $30 million in guarantees, source said. 6 years total deal

Austin had two years remaining on his current deal, so this keeps him in LA through the 2021-22 season. He will make $2.14 million this year and $12.2 million next year before the $42 million extension kicks in.

Though the 5'8", 178-pounder is listed as a wide receiver, the Rams also use him as a running back and as a returner. He caught 52 passes for 473 yards and five touchdowns last season, while running the ball 52 times for 434 yards and four touchdowns.

Austin also has returned one punt for a touchdown in each of his three seasons in the NFL.