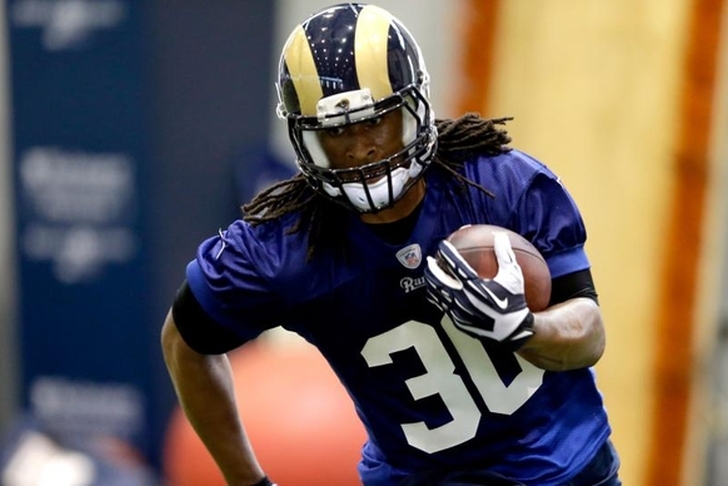 The St. Louis Rams suffered through their fair share of growing pains last year, but there’s still a palpable sense this spring that things are on the cusp of turning around for the franchise. Here's what we've learned about them through training camp so far:

Rams not rushing Todd Gurley back

St. Louis' first-round pick hasn't quite fully recovered from a torn ACL he suffered while at Georgia, but the Rams have been happy with his progress. Just don't expect to see him a lot - if at all - in the preseason.

"He's still a ways away," Fisher said. "He's making progress. But again, as we talked about a few days ago, our decision not to PUP him was to be able to get him the individual reps and to build his reps and get him on the practice field. Now in his case as a running back, practice reps, to me, would suffice. But it's the number of reps and where he is and then we'll make that decision as to when we play him.

“This is going to be a process. It's not going to be a day-to-day thing. We are looking at this long-term process right now. By that when I say long term, I'm talking about let's just go week to week and go through the preseason and we'll see where we are when the season starts. But yeah, he's not had any setbacks and he's getting walk-through reps. He's participating in individual. He's doing all the meetings and he's doing fine. If you would make it be his choice he would be out there right now. To a certain extent we kind of have to hold him back just to protect him.”

The Rams seem to believe they'll do just that as they've already given Foles a two-year extension even though he hasn't even taken a snap with them yet. Safe to say that Jeff Fisher & Co. think they've found the guy that can take them to the next level.

Austin has the potential to be one of the Rams most explosive offensive weapons, but he hasn't been able to put it all together over the course of a full season. However, Fisher thinks that will change this year:

"There's no doubt in my mind that his production level should increase," Fisher said."This has nothing to do with Tavon. It's not a reflection on what he's done. Tavon has done everything he possibly can. He's in great shape, and he's highly talented and a passionate teammate. This has been more about the circumstances of our situation. This potentially could be a breakout year for him. Because he's got the potential to win outside and inside."