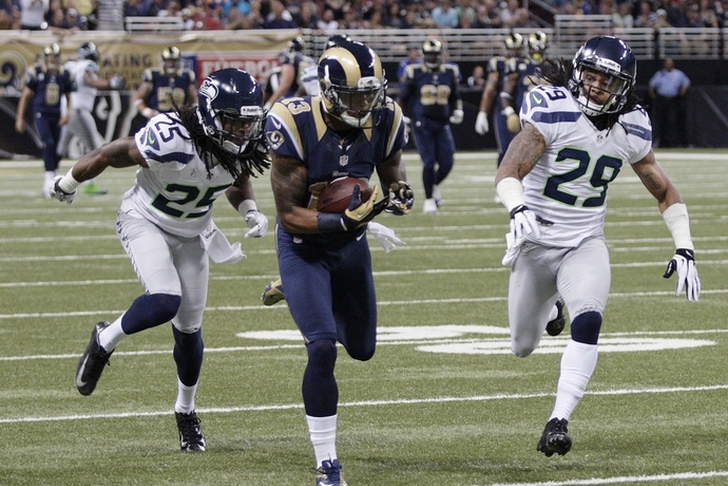 Training camps around the NFL are getting closer to finishing. With roster cuts approaching, we're getting a glimpse at how rosters will look come Week 1 of the season. So, how are the St. Louis Rams shaping up? Here are three things we learned from Rams training camp last week.

Givens played well in the third preseason game against the Colts. He's started to show some of the ability that made him a fourth round pick several seasons ago. He's a deep threat, and Nick Foles is better at deep balls than Sam Bradford was. Givens has gone from potential roster cut to one of the Rams' better threats at WR.

We still don't know what the Rams' offensive line will look like in Week 1. Rodger Saffold is still hurt and the Rams have been shuffling around the line to help compensate. In the Week 3 preseason game, the Rams moved Barrett Jones to center, shifted Demetrius Rhaney to left guard and kicked Jamon Brown over to right guard. Brandon Washington was benched. The Rams struggled to run the ball against the Colts and Brown was injured as well. Brown's injury shouldn't be serious, but he offensive line might not be settled by Week 1 of the regular season.

The Rams have committed far too many penalties in the preseason. Head Coach Jeff Fisher is starting to get feed up with the flags, even if he doesn't always agree with them. The Rams need to clean up their play before they take on the Seahawks in Week 1.