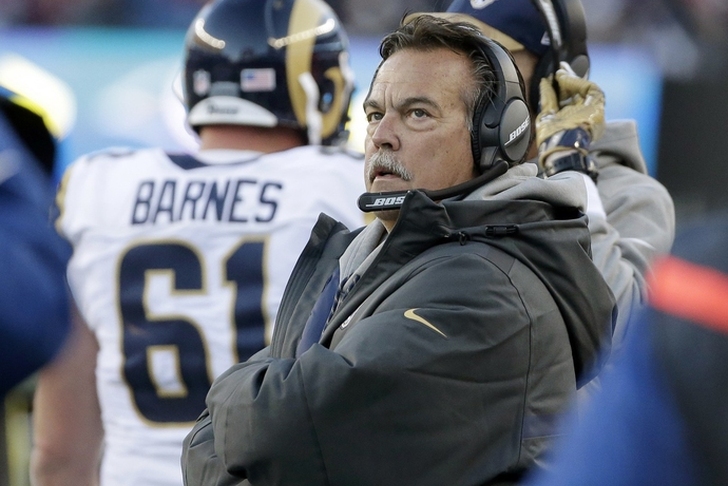 The Los Angeles Rams announced that they have fired head coach Jeff Fisher:

“Making a decision such as this - especially during the season - is one of the most difficult in sports,” Rams Owner/Chairman Stan Kroenke said in a statement. “I have great respect for Jeff as a coach, person, father and friend.

“He has worked tirelessly despite some challenging circumstances. He played an integral role in helping this team make history in returning the NFL to Los Angeles, and we always will be grateful for his commitment and dedication to our organization.

“However, this is the right time to make a change as our performance has not lived up to my or our fans' expectations. We all are focused on improving as an organization and building a team that makes Los Angeles proud. Our mission is to celebrate a Super Bowl title with our fans in Los Angeles. Today is the first step to bringing us closer to that goal.”

Fisher was hired as head coach in 2012, and put up a record of 31-45-1 in nearly five seasons with the team. The franchise signed him to an extension through the 2018 season just last week.

He tied the NFL record with his 165th career loss on Sunday in a 42-14 blowout loss at home to the Atlanta Falcons. Following the loss - LA's eighth defeat in their last nine games - Fisher took responsibility for the team's poor play.

"I have to take [the blame," he said. "The head coach takes it. It's obvious. That's the National Football League. I feel responsible for this."