Rams DT Aaron Donald Ends Holdout & Returns To Team, But Will Not Play This Weekend 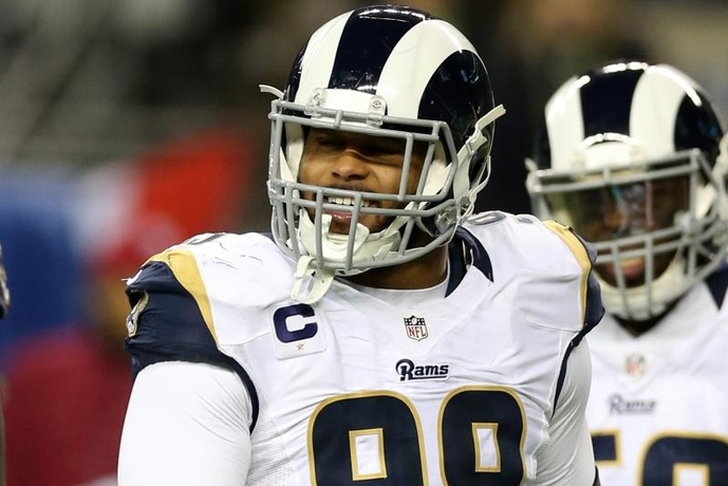 Per source, Aaron Donald has reported to the Rams and passed his physical.

All fines are waived by Rams, and Donald loses no signing bonus money. He'll also be paid for Week One. And he avoided weeks of injury risk.

Donald has two years and $8.7 million left on his rookie deal, but he is seeking a new contract that would make him the highest paid player in the league. The two sides reportedly remain far apart on a long-term deal.

Donald, who Pro Football Focus ranked as the best player in the entire league last year, had 47 tackles with eight sacks and two forced fumbles in 2016.

Follow our Los Angeles Rams team page for all the latest Rams news!