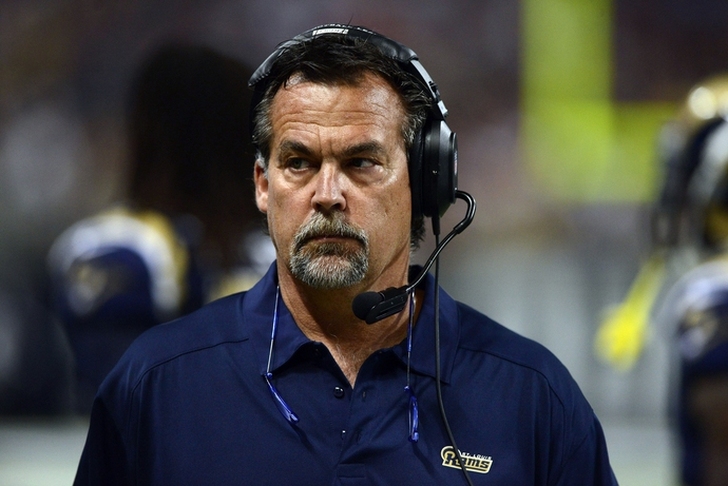 The St. Louis Rams have posted a disappointing 5-8 record so far this season, but the Rams are expected to bring back coach Jeff Fisher and general manager Les Snead for 2016. Fisher has failed to record a winning season in his four seasons at the helm of the Rams.

Snead and Fisher have led the Rams since 2012, posting a combined 25-35-1 record with no playoff appearances. Fisher has yet to even get the Rams to .500 this season.

Working in favor of Snead is that he's nabbed two incredible talents in recent seasons. He's landed DT Aaron Donald and RB Todd Gurley. Both look like long-term fixtures with the Rams. With the Rams potentially moving out to Los Angeles, ownership might be reluctant to overhaul the front office.

The biggest reason for the Rams' struggles this season has been quarterback play. The team traded for Nick Foles, who has been an absolute disaster. He was benched in favor of Case Keenum and the offense has looked way better with Keenum under center.

The Rams are on pace to get another quality draft pick this offseason. The team is projected to have a nearly $37 million in cap space next season. If the team struggles again next season, then perhaps Fishers' seat will start to heat up.