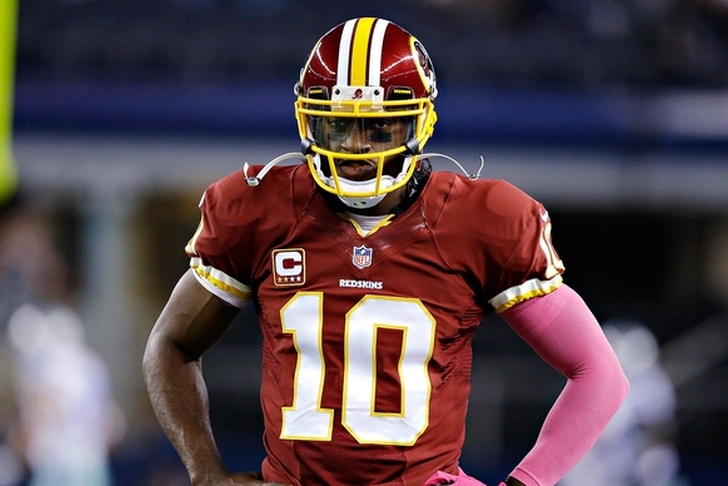 NFL Free Agency is officially here, and the next few days will feature several Los Angeles Rams rumors. The Lions have made a few moves, and they might not be done yet. With that in mind, here are all of the interesting rumors and news tidbits on the Rams.

RGIII Wants To Play For Rams?
Robert Griffin was recently cut by the Redskins and he's now looking for his next NFL home. According to the Los Angeles Daily News, RGIII "very much" wants to play for the Rams. The Rams need QB help, as Case Keenum is a stop-gap measure at best and Nick Foles (more on him below) was a disaster. However, it's unclear if the Rams want RGIII or if they'll be able to land him.

The Rams weren't going to be able to get out of that roster bonus, as it was guaranteed for both skill and injury. Foles will get another $1.75 million in two more days when his base salary becomes guaranteed. The Rams will likely keep Foles this season, although there's no guarantee he'll be the starter.

Follow our Los Angeles Rams team page for all the latest Rams Rumors!