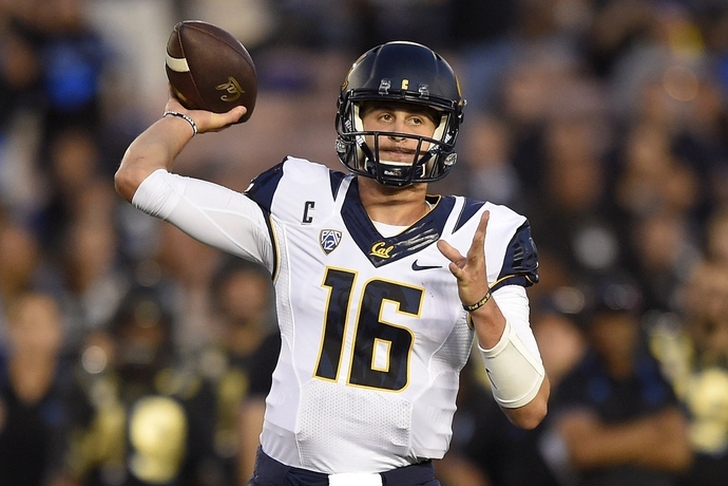 The NFL Draft will start in just over a month, and there will be plenty of trades. That's just the nature of the draft, although those trades are very difficult to predict. One of the teams that could be movers early in the draft is the Los Angeles Rams. The Rams have two second round picks this season and are in the market for QB help. That means they could try to make a move up in the NFL Draft.

To help determine the value of each pick and what it would cost, we're using the NFL trade value chart. While the trade values won't match up exactly, we tried to get them as close to even as possible. With that in mind, here are three trades the Rams could make in the NFL Draft.

Yeah, so that's a ton for the No. 1 overall pick, but the Rams are moving up 14 spots to do so. The Titans won't just give the pick away and they'll want a lot. This is likely the only way the Rams could snag Carson Wentz since Cleveland will likely take him at No. 2 overall. But because of the cost involved, don't expect the Rams to make this deal. And to be frank, the picks involved might not enough be enough.

This trade is a little bit more feasible for the Rams. The Rams actually get more value in this trade, which is why the Cowboys might ask for their other second round pick. The Rams would do this deal in order to jump the 49ers to land Jared Goff. The Cowboys are always willing to move up and down in the draft, and could be extra willing if Jalen Ramsey is off the board. Still, the Rams might not want to give up so much for Goff.

The Rams aren't afraid to move down in the draft, something the current regime has proven they'll do in the past. The Bills could use linebacker and pass rushing help, but so to do the Falcons and Colts. This would let them jump those teams. The Rams would still likely be able to take Paxton Lynch, or even a WR if that's the position they want. While it makes perfect sense for the Rams, the Bills might want to keep their draft picks.