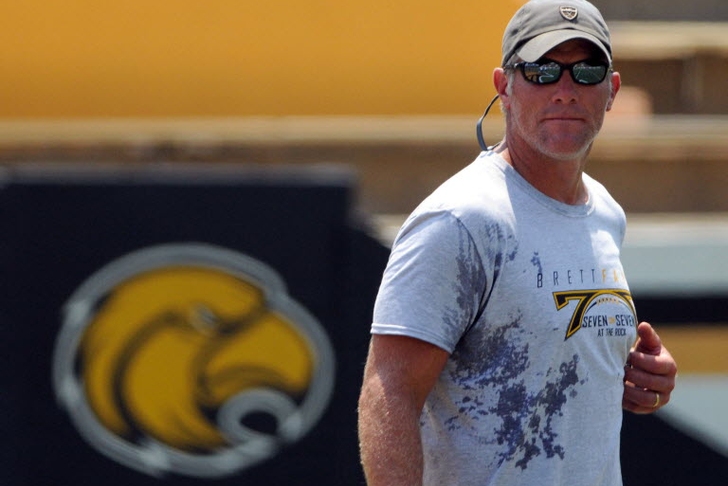 It looks like the whole "the Rams are trying to bring 74-year-old Brett Favre back to the NFL" story was a classic case of ESPN jumping the snap.

Last week, several members of the Rams front office were on a call with Bus Cook, who represents QB Austin Davis (who the Rams recently brought in as a possible Sam Bradford replacement). The Rams management spent a while talking about Davis and inquiring about his availability, and as the call was ending one jokingly asked "Hey, what about Favre?"

It was meant as a one-liner to lighten the mood, but apparently someone without a sense of humor was responsible for leaking the quote out of context.

"It was just a joke," a Rams source told NFL.com insider Ian Rapaport. "It was just a throwaway line. Doesn't anyone have a sense of humor?'"

Favre, 44, is coaching high school football and earlier this week confirmed that he has zero interest in an NFL comeback.

Chat Sports has the most complete coverage of all your favorite teams - Sign up for a free account today and revolutionize your sports experience.