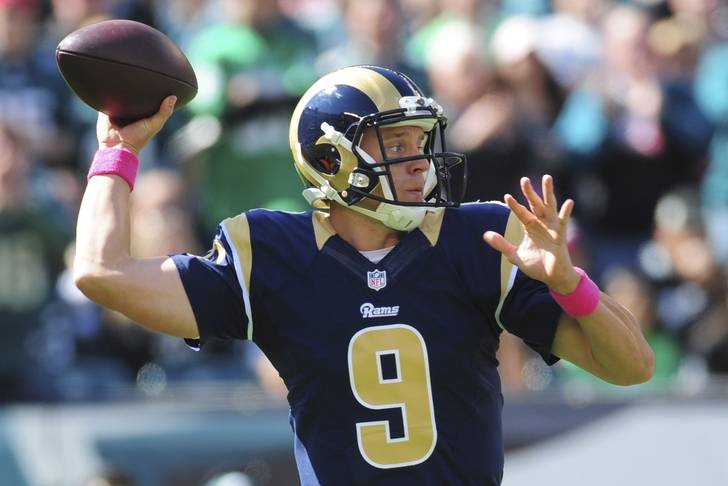 In this Rams news bulletin, the St. Louis Rams will retain Austin Davis as the team's starting quarterback despite his struggles in the second half during Sunday's loss to the Arizona Cardinals.

After he started the game 8-of-10 for 110 yards and a touchdown, Davis sputtered to the finish by going 9-of-20 with two interceptions during a scoreless second half for St. Louis.

A 21-point burst by the Cardinals handed them their eighth victory of the season, and left the Rams with a conundrum at quarterback.

However, head coach Jeff Fisher is sticking with Davis over veteran Shaun Hill for the time being.

“He didn’t have his best half,” head coach Jeff Fisher said, via Nick Wagoner of ESPN.com. “He missed some opportunities, he made some bad decisions, had difficulty seeing at times. And over the last couple of weeks he’s thrown four interceptions but we’re going to hang in there. He’s working real hard."