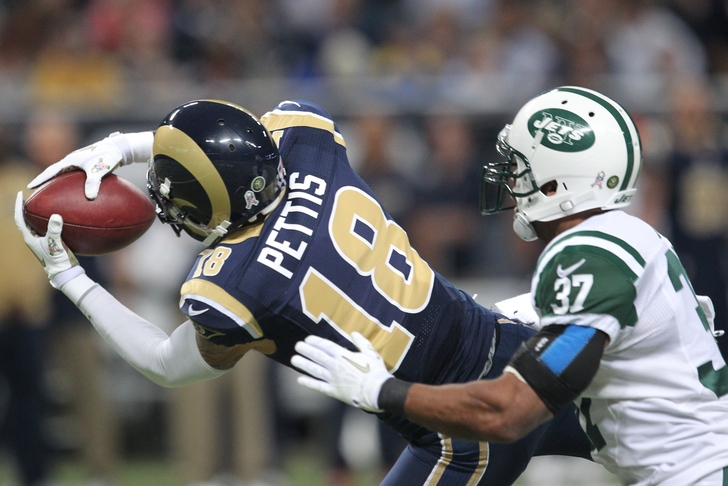 Can't get enough Seahawks news and rumors? Be sure to download our 5-star iPhone app today!

Despite restructuring his contract last month, the Rams' third-round pick from the 2011 NFL Draft still on his way out of town:

Austin Pettis had signed a restructured contract in September that reduced his salary for the season. Still not enough to save his job.

Here's PFT's Michael David Smith with his assessment of the move:

The 6-foot-3, 203-pound Pettis is a good athlete who showed promise at times but never quite lived up to what the Rams thought they were getting when they drafted him. This year Pettis has 12 catches for 118 yards and one touchdown.

Pettis has contributed enough, both on offense and on special teams as a punt and kickoff returner, that it wouldn’t be surprising to see some other team claim him on waivers tomorrow. But in St. Louis, he’s finished.