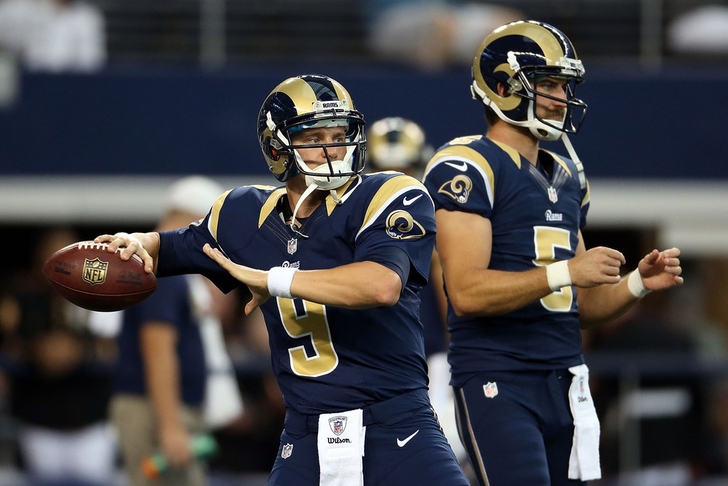 The St. Louis Rams have signed quarterback Austin Davis to the active roster, and will also sign Brady Quinn after he agreed to terms this morning. The Rams were forced to scramble to find replacements when starter Sam Bradford tore his ACL in last week's loss to the Carolina Panthers.

Quinn, a six-year NFL veteran out of Notre Dame, last played with the New York Jets but failed to win the starting job from rookie Geno Smith. Quinn was released by the Jets last week and replaced with David Garrard on the active roster.

Davis, who originally signed with the Rams back in 2012 after going undrafted out of Southern Mississippi, but was released during this year's final preseason roster cuts. He went 933/1527 (61.1%) for 10,898 yards, 83 touchdowns with 27 interceptions in college.