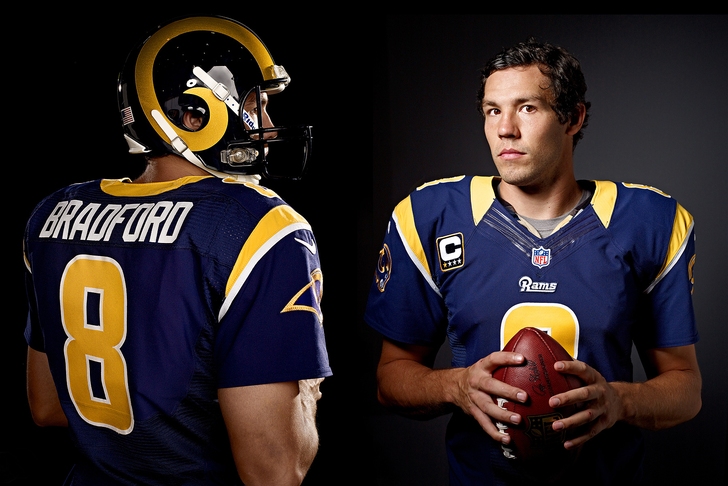 For all the latest St. Louis Rams news and schedule analysis, be sure to follow our Rams team page.

The NFL schedule for next season has just been released, so here are the three biggest match-ups for the St. Louis Rams heading into their 2014 schedule:

With a brutal midseason schedule ahead of them, the St. Louis Rams need to take advantage of their first three games (home for the Vikings, at the Bucs, home for the Cowboys).

If they hold serve in their first two, and beat an inconsistent Dallas Cowboys team at home, the St. Louis Rams could conceivably by 3-0 heading into their Week 4 bye week.

To be counted with the Seahawks and 49ers as one of the big boys in the NFC West, the Rams will at least need to take care of business on their home field.

This Week 6 clash could be a huge turning point for the Rams one way or the other, especially since they come off their Week 4 bye with a tough road test in Philly. If the Rams can win this game, they can head into the grueling midseason ahead with confidence.

The Rams could very well be 6-6 (taking preseason favorites into account) heading into this Week 14 tilt in Washington, D.C.  If so, then the Rams will be facing a pivotal test with a rejuvenated Washington Redskins team under new head coach Jay Gruden.

If Sam Bradford can out-duel RGIII (and the Rams have a winning record going into Week 15), the Rams have two winnable home games right after against the Cardinals and Giants before finishing with a huge road game in the Pacific Northwest.