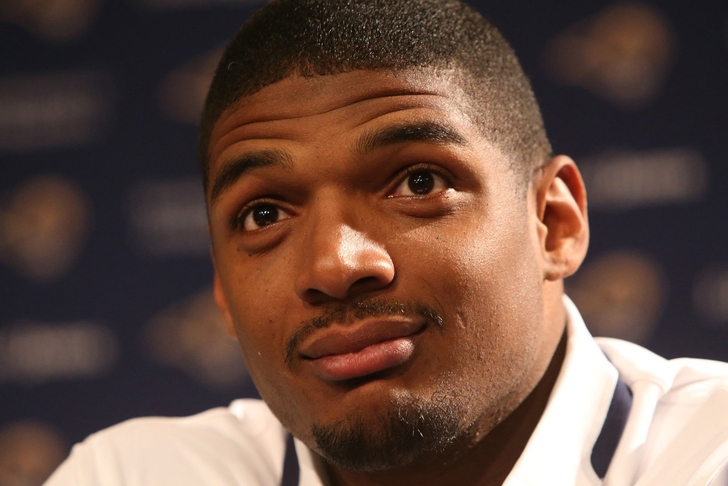 To trim down their roster to 53 players, St. Louis Rams have cut Michael Sam.

Sam, the first openly gay player in the NFL, was selected by St. Louis with the 249th overall pick in the 7th round of this year's drk0io-gftaft. He had a solid preseason, racking up 11 tackles and three sacks, and was not considered a likely cut.

His jersey is currently the second best-selling among all rookies.

Sam is now available on waivers, and teams can claim him for the next 48 hours. If no team submits a claim, Sam will become an unrestricted free agent.

The SEC Defensive Player of the Year in 2013, Sam made 48 tackles and 11.5 for the Missouri Tigers in his senior season.