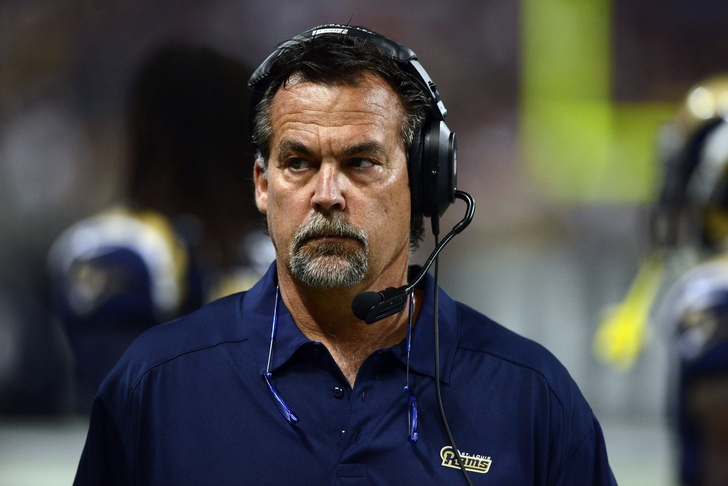 The St. Louis Rams are better than their 6-10 record would indicate. Playing in the NFC West is a major factor in that. The Rams have a solid defense, although some upgrades could be made. As for the offense, the Rams need to improve their line and find a quarterback.

1. Quarterback: Sam Bradford has been unable to stay healthy (and hasn’t looked great when he has been). Cutting him would save nearly $13 million in cap space. Backup/spot starter Shaun Hill is a free agent. Austin Davis doesn't appear to be the answer. A high draft pick could be spent on the positon.

2. Offensive guard: Davin Joseph is a free agent and got a terrible grade from Pro Football Focus. Greg Robinson played some guard, but wasn't much better. His future might be at tackle anyway. Rodger Saffold was a decent starter.

3. Center: Scott Wells was the Rams' worst lineman, according to Pro Football Focus. He’s got one year left on his deal. Perhaps Barrett Jones can get a chance.

4. Middle linebacker: James Laurinaitis was one of the Rams’ worst defensive players, per Pro Football Focus. He could be cut. Even if he returns, some depth is needed.

5. Wide receiver: Kenny Britt is a free agent. The club should bring him back or find a cheap replacement.

6. Offensive tackle: Greg Robinson struggled in his rookie year at both guard and tackle, while Joe Barksdale is a free agent. Jake Long has a big contract and might be cut. If the Rams bring back all three, they should be fine.

7. Cornerback: E.J. Gaines and Janoris Jenkins make for an underrated duo. Those two and Trumaine Johnson (to an extent) score well on Pro Football Focus, but another complimentary piece could be added.

8. Tight end: Lance Kendricks is the team’s top backup, but is a free agent.