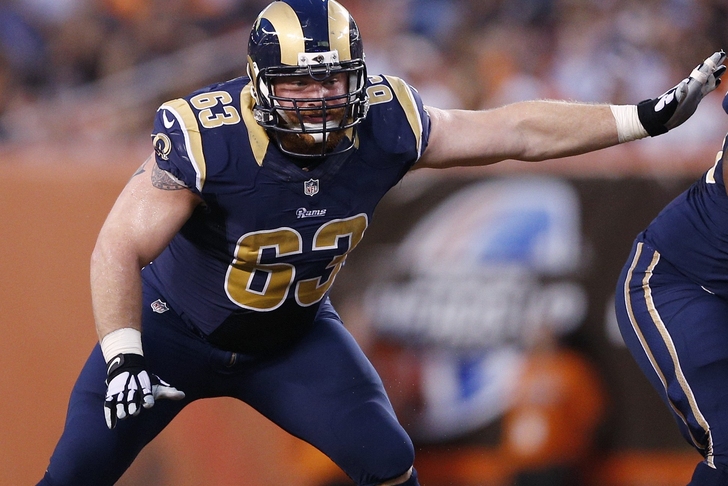 The St. Louis Rams have a decision to make in the next month when it comes to the future of veteran center Scott Wells.

Here's Larry Hartstein of CBS Sports with the scoop:

Wells has a $2 million base salary and will count $5.5 million against the cap in 2015, the last year of his contract. With Wells due a $1 million roster bonus on March 12, the Rams have a little over a month to decide whether to stick with the 34-year-old Wells or get younger at center, reports the St. Louis Post-Dispatch.

Wells battled through a elbow injury in 2014, but still managed to start all 16 games for Jeff Fisher's St. Louis Rams. However, he did miss a total of 13 games from 2012-13, and with his elbow problems something to be considered, the Rams may not be willing to gamble $5.5 million of cap space on Wells as he hits his mid-thirties.