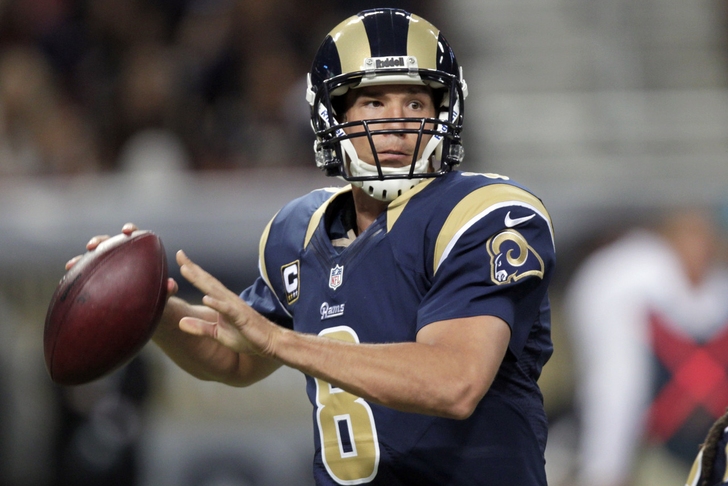 The St. Louis Rams and quarterback Sam Bradford continue forward without any resolution to talks about a potential restructuring of his contract, with all signs pointing to Bradford's camp having most of the leverage in negotiations.

While that may be true, ESPN's Nick Wagoner believes that the sides will come to some sort of compromise heading into the final year of Bradford's contract that could serve both parties' best interests:

Right now, these are two sides engaged in a game of chicken. I think Sam Bradford is probably more willing to take a pay cut than his agent is, but it's also his agent's job to get him the best deal. There's no firm deadline on when something has to happen. Bradford has a lot of leverage, but the Rams have at least a little because they can theoretically just keep him at his current rate, make other moves to create cap space and go from there. I think when all is said and done, the two sides will be able to work something out. It's what's best for both.

Bradford is attempting to work his way back from a season-ending knee injury in 2014. He's slated to cost the Rams $16.58 million against the cap in the final year of his current deal.