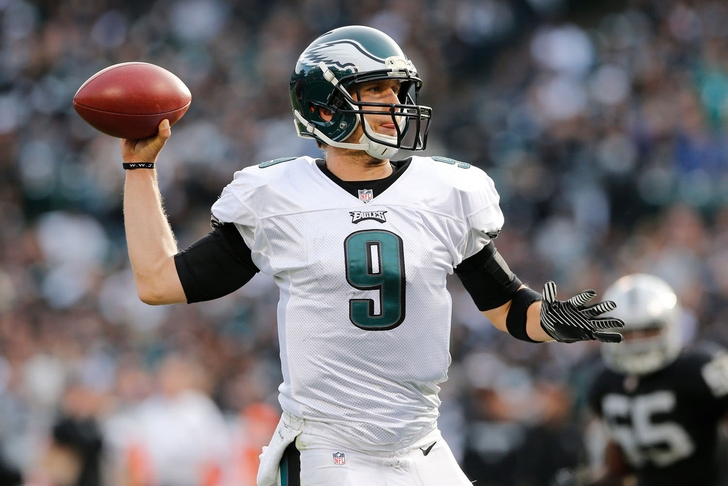 The Houston Texans, St. Louis Rams, and Tennessee Titans were all listed as possible trade suitors for Philadelphia Eagles quarterback Nick Foles in a recent NJ.com report, but Foles is currently writing off all the trade talk as mere rumor.

""I think you're going to hear about them every single year," said Foles, via Jeff McLane of the Philadelphia Inquirer. "That's just part of it. I think the main word is 'rumor.' It's a rumor that you can't put too much into it. I only listen to the people at the [Eagles] facility, being Chip [Kelly]. He's the one that will make the decision."

The St. Louis Rams appear to at least be surveying their options at the quarterback position, with Sam Bradford's injury questions and both Austin Davis and Shaun Hill scheduled to hit free agency on March 10th. Provided he comes back 100% from the fractured collarbone he suffered in Week 9 of the 2014 NFL season, Foles could be a potential long-term answer for the Rams if they decide to truly look his way.

Regardless, the 26-year-old Foles says that he's of the "mindset" that he'll be under center for the Eagles in 2015, and doesn't seem likely to budge from that stance unless substantive trade discussions are brought to his attention.