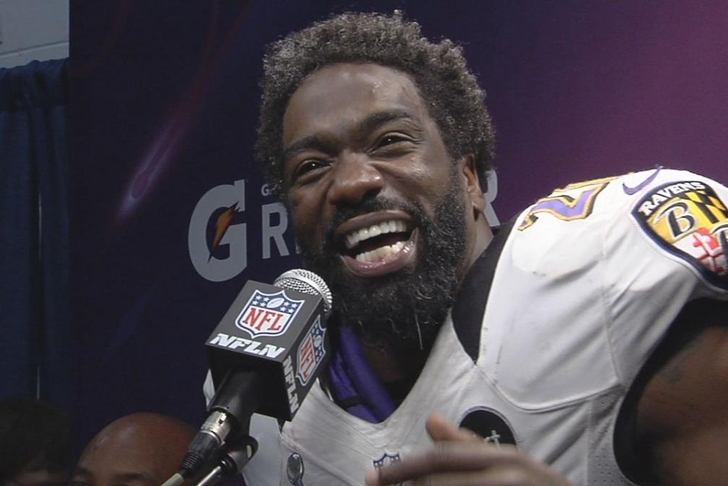 In today's Rams news update, one scenario for the St. Louis Rams secondary which hasn't been brought up too much as of yet is the possibility of signing veteran Ed Reed to a short-term deal.

Per Nathan Kernes of FanSided, "the only other question for Reed might be his price tag. However, he signed on with the Jets from Week 11 through the end of the 2013 season for a mere $940,000. With approximately $4.9 million in space under the cap, according to Spotrac.com, the St. Louis Rams should have more than enough in the bank to hand Reed a respectable, one-year contract."

Would the Rams be willing to take a chance on Reed?

Kernes doesn't see it as much of a gamble:

Reed went through a rough patch last season, being used sporadically in the Texans’ defense before being released by their incompetent coaching staff and claimed by the New York Jets. However, despite all that movement, Reed still only allowed six total receptions and one touchdown in 379 pass coverage snaps, and did snag three interceptions; all three coming while playing behind the Jets’ dominating defensive line with a competent defensive coordinator.

As long as Reed is healthy as he says he is, the St. Louis Rams may at least keep this option open during offseason activities.